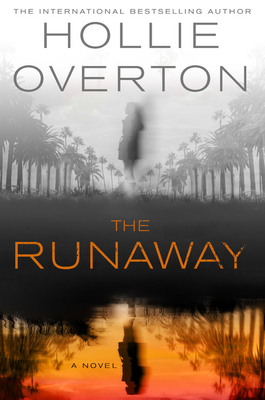 A psychologist working for the LAPD goes on a dangerous journey through Los Angeles' criminal underworld to track down her missing foster daughter in this gripping new thriller by the author of the international bestseller Baby Doll.

You'll do anything to protect her. But you'll have to find her first.
When LAPD forensic psychologist Becca Ortiz agrees to foster teenage runaway Ash, she knows she will love and protect her as her own daughter.
Ash may have turned her back on her old life on the streets, but there is still one person who she can't bear to lose. Now he is about to drag her back into a dark world where nothing and no one is safe.
How far will Becca go to save her daughter?
And can she find her before it's too late?

For more from Hollie Overton, check out:
Baby Doll
The Walls

Hollie Overton was raised in Texas, and draws on her unique childhood experiences for inspiration. Her father was a member of the notorious Overton gang in Austin, and served time in prison for manslaughter. Hollie is a television writer whose credits include the CBS drama Cold Case and Freeform's Shadowhunters. Her debut novel, BabyDoll, was an international bestseller, and has been translated into eleven languages. She lives in Los Angeles with her husband and rescue dog.

"In this nail-biter...Overton shines a light on the plight of the mentally ill, foster children, and the homeless while building plenty of tension. Fans of bighearted thrillers will find a lot to like."
—Publishers Weekly

"A twisty ending ties together this moving exploration of street life, betrayal, and reconciliation."
—Booklist

"If you love police procedurals, you'll want to get your hands on Hollie Overton's The Runaway ASAP."—Women.com

"What a compulsive read! A brilliant first novel that kept me transfixed and entertained until the very last page."
—New York Times bestselling author Tess Gerritsen on Baby Doll

"A suspenseful and satisfying psychological thriller by a writer who has hit her stride."
—Dallas Morning News on The Walls

"Compelling ... Overton throws in enough twists, turns, and surprises to keep the reader wondering what on earth can happen next."
—Publishers Weekly on Baby Doll