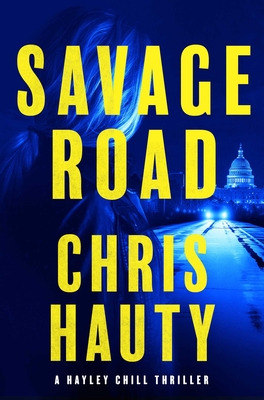 When a series of devastating cyber attacks rock the United States, Hayley Chill is tasked by the “deeper state” to track down their source. NSA analysts insist that Moscow is the culprit, but that accusation brings plenty of complications with Hayley directing the president as a double agent against the Russians. With increasing pressure on the president to steer him towards a devastating war, it’s up to Hayley to stop the mysterious computer hacker and prevent World War III—while also uncovering some shocking truths about her own life.

Magnificently crafted and superbly unpredictable, Savage Road is an edge-of-your-seat political thriller ideal for our times.

Chris Hauty is a screenwriter based in Los Angeles and the author of Deep State and Savage Road. He has worked at all the major movie studios, in nearly every genre of film, with credits including Never Back Down and Sniper: Homeland Security. He currently lives in Glendale, California.

"Hauty has done it again. SAVAGE ROAD is a rocker of a novel. Whip-smart, and propulsive, it dives into geopolitical cyber warfare with twists and turns you won't see coming. A must read."
— Connor Sullivan, author of SLEEPING BEAR

"Hayley Chill: a protagonist with so much bite, readers had best wear a flak jacket... Savage Road is a brilliantly plotted thriller with plenty of edge-of-the-seat moments, twists, and turns to satisfy the most ardent of fans."
— Mystery & Suspense Magazine

"It is a high hurdle for an author of a highly successful first novel to come back strong with a second. But Chris Hauty has certainly done that. In fact, as much as I admired DEEP STATE, I like SAVAGE ROAD even more.”
— Deadly Pleasures Mystery Magazine

"There are thrillers, and there are THRILLERS, and Chris Hauty’s scintillating SAVAGE ROAD falls squarely in the latter category."
— Providence Journal