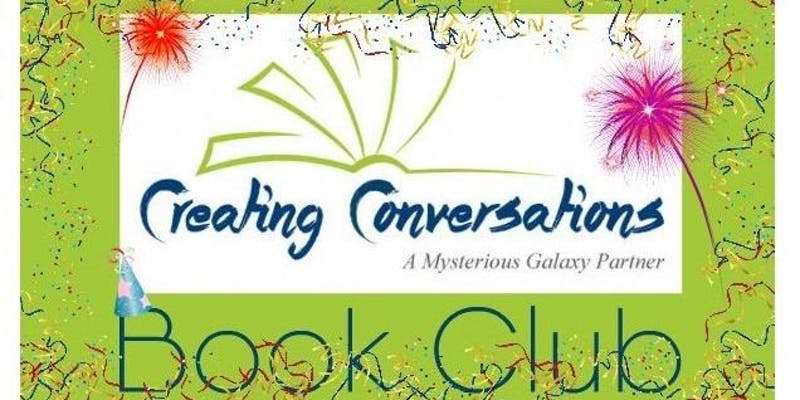 Join us to discuss The Paragon Hotel by Lyndsay Faye on Thursday, February 20 at Creating Conversations bookstore.

Did you learn new history by reading the book? What are your thoughts on the characters' spirituality views? How does appearance affect perceptiion?

“This is writing that zings with an electric liveliness, capturing pitch perfect the ‘anything goes’ attitude of the 1920s. Alice James flees New York City with a bullet wound in her side, hopping the first train west, trying to cover as much ground as possible to get away from her potential pursuers. The wound is serious, her condition deteriorating, and perhaps would be fatal if not for the kindness of Max, a black Pullman porter who risks taking a white woman to the all-black Paragon Hotel. A page-turning romp of a book that wildly entertains while also illuminating the less savory aspects of Oregon’s early history.”
— Deon Stonehouse, Sunriver Books & Music, Sunriver, OR

“Good gracious. I just adore all things written by Lyndsay Faye. Like her glorious Gods of Gotham series,The Paragon Hotel is a clever, fast-paced read with a unique ensemble of characters. Set during the Prohibition era, the novel bounces between the mafia-ridden streets of Harlem and the racially tense community of Portland, Oregon. Steeped in historical detail, The Paragon Hotel is wickedly smart and wholly entertaining. Faye has given readers another deviously delicious story.”
— Anderson McKean, Page and Palette, Fairhope, AL

Anyone: A Novel (Hardcover)

Inside a barn in Ann Arbor, Michigan, a scientist searching for an Alzheimer’s cure throws a switch—and finds herself mysteriously transported into her husband’s body. What begins as a botched experiment will change her life—and the world—forever…

Over two decades later, all across the planet, “flash” technology allows individuals the ability to transfer their consciousness into other bodies for specified periods, paid, registered and legal. Society has been utterly transformed by the process, from travel to warfare to entertainment; “Be anyone with Anyone” the tagline of the company offering this ultimate out-of-body experience. But beyond the reach of the law and government regulators is a sordid black market called the darkshare, where desperate “vessels” anonymously rent out their bodies, no questions asked for any purpose - sex, drugs, crime... or worse.

Anyone masterfully interweaves the present-day story of the discovery and development of the flash with the gritty tale of one woman’s crusade to put an end to the darkness it has brought to the world twenty-five years after its creation. Like Blade Runner crossed with Get Out, Charles Soule’s thought-provoking work of speculative fiction takes us to a world where identity, morality, and technology collide.